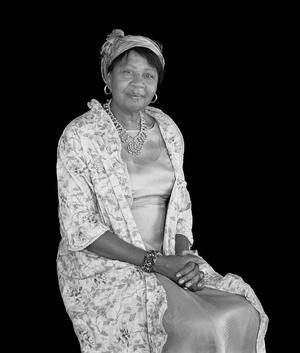 Profile of Jamaica Kincaid with photographs by Mariana Cook in Republik magazine.

Cook's photograph of Daniel Wolf and Maya Lin was taken in New York in 1998. 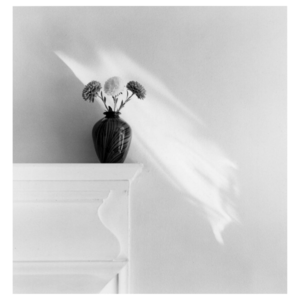 Stories presents the voices of some of the leading figures in the visual arts and, in particular, in the field of artist books. Through dialogue, Stories seeks to unravel the history and current issues surrounding the artist's book, a medium that has historically been embraced by artists and has only recently gained recognition from museums and collectors of contemporary art.
Ivorypress
Financial Times Magazine
The chancing face of economics

On the morning of the 1st March, during ARCO 2019, the American photographer and artist Mariana Cook presented her new series at a private viewing hosted by Factum Arte: 13 black-and-white images inspired by the fascinating variety of patterns and textures unintentionally thrust upon the tools and objects in use throughout Factum's workshop, ranging from a painter's vest, cast salt, and a butcher's knife. 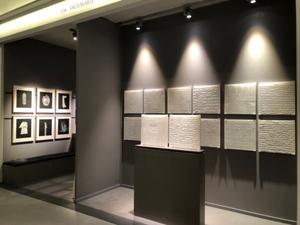 When Cook visited Factum Arte's workshop in Madrid, she was inspired to photograph the artisans' tools she noticed at the factory. In collaboration with Factum's printing team, a printed portfolio of thirteen images was produced combining aquatint and piezo technology. The physical effect of this invented technique affords a three dimensionality to the images.
Presented alongside the Factum Fetishes series was a collection of large-scale photographs printed on gesso-coated aluminium at Factum Arte.
Click below for more information about Cook's work on:
FACTUM FETISHES and GESSO-COATED ALUMINIUM PLATES
FACTUM ARTE
Charles Saumarez Smith
Review of Factum Fetishes 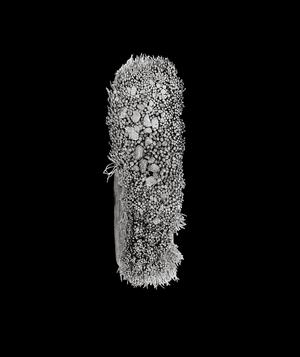 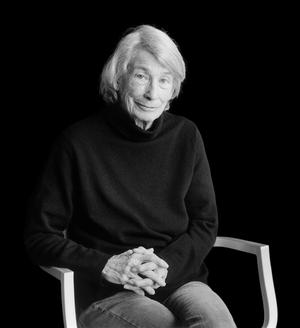 Cook's photograph was taken at Mary Oliver's home in South Norwalk, Connecticut in 2012.